Acquired Von Willebrand’s Syndrome The platelets interfere with the body’s normal clotting mechanism can’t work and there is abnormal bleeding.

Allele One member of a pair or series of genes that occupy a specific position on a specific chromosome. MPN community discusses “allele burden” as a metric that may or may not be related to disease progression.

Allogenic Stem Cell Transplant A procedure in which a person receives blood-forming stem cells (cells from which all blood cells develop) from a genetically similar, but not identical, donor. This is often a sister or brother, but could be an unrelated donor.

Anemia When the number of red blood cells is below normal, it can result in fatigue, weakness, and shortness of breath.

Apoptosis The process of programmed cell death (PCD) that may occur in multicellular organisms.

Autologous Stem Cell Transplant  A transplant in which a patient’s own blood-forming stem cells are collected. He or she is then treated with high doses of chemotherapy, or a combination of chemotherapy and radiation. The high-dose treatment kills cancer cells, but also eliminates the blood-producing cells that are left in the bone marrow.

Bone Marrow Biopsy A procedure used to remove soft tissue, called marrow, from inside the bone. A reading of a Bone Marrow Biopsy to detect the amount of fibrosis in the bone marrow is often used in part to diagnose myelofibrosis.

CALR Mutation (Calreticulin mutation) The CALR gene is the second most frequent somatic mutation after JAK2 in ET and PMF patients. It is not found in people with PV. CALR mutation is mutually exclusive of JAK2 and MPL mutations. It has a frequency of approximately 49% to 88% in ET and MF.

CAR T – cell therapy The process of harvesting cells from blood or bone marrow, which aregenetically modified before being expanded in number. This modification targets the T cells specifically to the patient’s cancer and triggers them to attack when they get there.

Chemokines Any of various cytokines produced in acute and chronic inflammation that mobilize and activate white blood cells.

Compendia In the pharmaceutical industry, a compendium is a comprehensive listing of drugs. It typically includes a summary of the pharmacologic characteristics of each listed drug or biological; information on dosage; and, often, recommended uses for specific diseases. The current recognized compendia for off-label cancer drugs are: American Hospital Formulary Service Drug Information (AHFS-DI), National Comprehensive Cancer Network (NCCN) Drugs and Biologics, Clinical Pharmacology, and Thompson Reuters- DrugDex. The accepted compendia contain listings of FDA Approved drugs. For each drug, there is also a list of cancer diseases that are considered favorable for off-label use. A disease gets added to the drug compendia for off-label purposes based on a review process that includes evidence from peer review journals, phase II studies, support from the drug company and physicians. The compendia listings serve as a strong guide, but not requirement, for insurance companies in considerations for coverage of off-label cancer drugs.

Complete Blood Count (CBC) A blood test used to evaluate your overall health and detect a wide range of disorders. Used in diagnosing someone with PV, ET and MF among other conditions. A complete blood count test measures several components and features of your blood, including: Red blood cells, which carry oxygen.

CRISPR-Cas9 gene editing This technique has potential application for genetic editing of humans, animals, and other organisms. By delivering the Cas9 protein and appropriate guide RNAs into a cell, the organism’s genome can be cut at any desired location.

Cytopenias A deficiency of some cellular element of the blood

Cytoplasm The protoplasm outside the nucleus of a cell

Cytoreductive Reducing the number of cells.

DNA sequencing The term DNA sequencing refers to sequencing methods for determining the order of the nucleotide bases—adenine, guanine, cytosine, and thymine—in a molecule of DNA.

Endogenous Produced or growing from within.

Endosteal The thin layer of cells lining the medullary cavity of a bone.

Erythropoietin  A hormone that stimulates production of red blood cells and hemoglobin in the bone marrow.

Extramedullary hematopoiesis Blood production that occurs outside the bone marrow, as in the spleen, liver, and lymph nodes. MPN patients suffer from an enlarged spleen due to this.

Fibrosis Thickening and scarring of connective tissue. Relevant for MPNs since bone marros fibrosis is an indicator of myelofibrosis.

Haemopoietic Pertaining to the formation of blood or blood cells; “hemopoietic stem cells in bone marrow”

Haplotype A set of alleles of different genes that are closely linked on one chromosome and are usually inherited as a unit.

Hemoglobin The part of the red blood cell that carries oxygen.

Hepatomegaly Enlargement of the liver.

Homozygous  A cell is said to be homozygous for a particular gene when identical alleles of the gene are present on both homologous chromosomes.[1] The cell or organism in question is called a homozygote. True breeding organisms are always homozygous for the traits that are to be held constant.

Leukemiogensis  Induction, development, and progression of a leukemic disease.

Idiopathic Relating to or being a disease having no known cause.

JAK2 Inhibitors  A class of drugs which was developed with the purpose of targeting the JAK2 gene. The first approved by the FDA was Jakafi (Jakavi in Europe) by Incyte. They have not yet shown to reduce the mutated version of JAK2.

Knock-in mouse model A mouse model that has been created with a genetic engineering method that involves the one-for-one substitution of DNA sequence information with a wild-type copy in a genetic locus or the insertion of sequence information not found within the locus. Typically, this is done in mice since the technology for this process is more refined and there is a high degree of shared sequence complexity between mice and humans.

Macrophage A large white blood cell, occurring principally in connective tissue and in the bloodstream, that ingests foreign particles and infectious microorganisms by phagocytosis.

Megakaryocyte A bone marrow cell responsible for the production of blood thrombocytes (platelets), which are necessary for normal blood clotting. Megakaryocytes normally account for 1 out of 10,000 bone marrow cells but can increase in number nearly 10-fold in certain diseases.[

Monoclonal antibodies These are man-made versions of immune system proteins. Antibodies can be very useful in treating cancer because they can be designed to attack a very specific part of a cancer cell.

Monocyte A type of white blood cell and is part of the human body’s immune system. Monocytes play multiple roles in immune function. Such roles include: (1) replenish resident macrophages and dendritic cells under normal states, and (2) in response to inflammation signals, monocytes can move quickly (approx. 8-12 hours) to sites of infection in the tissues and divide/differentiate into macrophages and dendritic cells to elicit an immune response. Half of them are stored in the spleen.[1] Monocytes are usually identified in stained smears by their large kidney shaped or notched nucleus

MPL (myeloproliferative leukemia virus oncogene homology) mutation A mutation which is present in patients with MF and ET at a frequency of approximately 5% and 1%, respectively.

Morphogenesis The constellation of biological processes that determine an organism’s shape, which is inextricably intertwined with cell growth and differentiation, the other key elements of developmental biology.

Neoplastic Relating to, or constituting a tumor or neoplasia

Neutropenia A significant decrease in the number of white blood cells.

Oncogenic An oncogenic process is any tumor-forming process. Oncovirinae, retroviruses which contain an onc gene, are categorized as such because they trigger the growth of tumorous tissues in the host. Oncogenesis is the process of malignant tumor growth.

Osteoblastic A cell from which bone develops; a bone-forming cell.

Osteosclerosis An elevation in bone density that can occur in people with an MPN. It is normally detected on an X-ray as an area of whiteness, and is where the bone density has significantly increased.

Paracine signaling A form of cell to cell communication in which a cell produces a signal to induce changes in nearby cells, altering the behavior or differentiation of those cells. Signaling molecules known as paracrine factors diffuse over a relatively short distance (local action), as opposed to endocrine factors (hormones which travel considerably longer distances via the circulatory system) and juxtacrine interactions (autocrine signaling). Cells that produce paracrine factors secrete them into the immediate extracellular environment.

PD1 Inhibitors PD1 means Programmed Cell Death. PD1s prevent the activation of Tcells, which reduce the body’s ability to protect itself with its immune system.  A new class of cancer drugs that block PD-1, the PD-1 inhibitors, activate the immune system to attack tumors to varying degrees of success.

Pegasys (Pegylated interferon alfa-2a) An antiviral drug discovered at the pharmaceutical company F. Hoffmann-La Roche; it has a dual mode of action – both antiviral and on the immune system. The addition of polyethylene glycol to the interferon, through a process known as pegylation, enhances the half-life of the interferon when compared to its native form.

Phagocytosis The process by which a cell, such as a white blood cell, ingests microorganisms, other cells, and foreign particles

Phenotype Any observable characteristic or trait of an organism: such as its morphology, development, biochemical or physiological properties, behavior, and products of behavior (such as a bird’s nest).

Phlebotomy The act or practice of opening a vein by incision or puncture to remove blood as a therapeutic treatment. Also called venesection.

Phosphorylation The addition of phosphate to an organic compound through the action of a phosphorylase or kinase.

Pruritis  Severe itching. A common symptom of people with MPN.

Splenomegaly Enlargement of the spleen. A common symptom for MPN patients, which takes place once blood production begins taking place in the spleen. Patients will sometimes undergo a splenectomy to remove the spleen, and reduction in spleen is an outcome of several MPN drugs.

Stroke Rapid loss of brain function due to a disturbance of blood flow to the brain such as a blockage or hemorrhage.

Stem cells Biological cells found in all multicellular organisms, that can divide (through mitosis) and differentiate into diverse specialized cell types and can self-renew to produce more stem cells. In mammals, there are two broad types of stem cells: embryonic stem cells, which are isolated from the inner cell mass of blastocysts, and adult stem cells, which are found in various tissues. In adult organisms, stem cells and progenitor cells act as a repair system for the body, replenishing adult tissues.

Stromal cells Connective tissue cells of an organ found in the loose connective tissue. These are the cells that make up the support structure of biological tissues and support the parenchymal cells. The interaction between stromal cells and tumor cells is known to play a major role in cancer growth and progression. In addition, by regulating local cytokine networks, bone marrow stromal cells have been described to be involved in human haematopoiesis and inflammatory processes.

Thrombocytopenia An abnormal decrease in the number of platelets in circulatory blood.

Thrombocytosis The body produces a surplus of platelets (thrombocytes).

Transient ischemic attack (TIA)  A temporary blockage of the blood supply to the brain caused by a blood clot and usually lasting ten minutes or less, during which dizziness, blurring of vision, numbness on one side of the body, and other symptoms of a stroke may occur. Also called ministroke.

Wernicke’s Encephalopathy A neurological disorder caused by thiamine deficiency, typically from chronic alcoholism or persistent vomiting, and marked by mental confusion, abnormal eye movements, and unsteady gait. The Sanofi Aventis trial was terminated due to patient’s developing this condition. 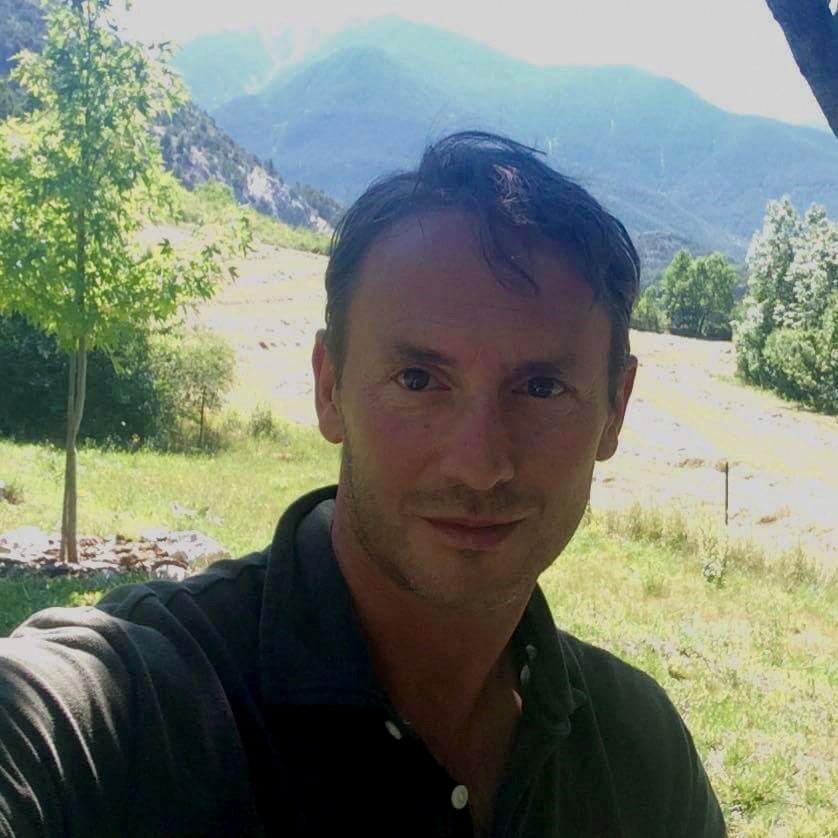