A grant program supported jointly by the MPN Research Foundation
and the Leukemia & Lymphoma Society
Call for Proposals:  01/07/2019

The MPN Research Foundation (MPNRF), with support from The Leukemia & Lymphoma Society (LLS) are proud to announce The 2019 MPN Challenge, a grant program whose objective is to fund research that will disrupt progression of disease and help lead the way to better therapies and eventually a cure for patients with myeloproliferative neoplasms (MPNs), including MF, PV and ET.  This program represents an important partnership between MPNRF and LLS, who share a mission to advance the scientific understanding of MPNs and bring new treatments and the hope for a cure to patients with these rare diseases.

The primary goal of the MPN Research Foundation’s research strategy is 1) accelerate access to high quality, effective and even curative therapies for people living with MPNs and 2) to understand and control the progression of the MPNs from chronic to life-threatening stages.

With the 2019 MPN Challenge Grant Program we aim to stimulate innovative and clinically relevant research that has the highest potential for near-term patient impact.  We seek to expand upon current understanding of the basic biology of the MPNs, develop a deeper understanding of what is driving the development and progression of the disease and address critical gaps slowing the development of new therapeutic approaches.

1. Immunotherapeutic approaches for MPNs – Proposals that specifically focus on emerging translational research addressing critical gaps that are slowing the development of immunotherapeutic therapies for patients with MPNs.

3. New mechanisms of action – Proposals for basic research and preclinical testing of new and innovative mechanisms of action other than those mentioned above (e.g., new targets or pathways), to develop sufficient data to allow for other funding options as the next step to further support these new approaches.

4. Repurposing existing FDA-approved drugs for use in MPN – Proposals that will leverage drugs already approved by the FDA in an application relevant to relieving the symptom burden, modifying the overall disease and ultimately improving and extending lives of people with an MPN.

7. Quality of life research – Proposals focusing on research to further understand disease symptom burden and its impact on the quality of life for patients with MPNs.

Grants will be awarded for a maximum two years, with the second year of funding contingent on sufficient progress, which will be assessed by interim and annual progress reports and teleconferences with MPNRF’s scientific advisory team.  The award size will be up to $200,000 over 2 years.

MPNRF has a triage process in which all grants are internally assessed before passing to a larger review committee of researchers with expertise relevant to the proposals. Our review panel changes from year to year, and we abide by best practices with regards to mitigating conflicts of interest and protecting proprietary information.  The review panel scores the grants based on the NIH scoresheet and final recommendations are made to the MPNRF’s Board of Directors who make the final determination of who is funded and at what level.

All MPNRF awardees are invited to an annual scientific summit called the MPN Roundtable at which they will meet other experts and stakeholders in the MPN space working in both academia and industry. At the Roundtable awardees give a presentation on their projects, hear feedback, and are invited to participate in a wider discussion of the MPN science world.

Following award notification, the MPN Research Foundation will interact with each grantee’s institutional grant office to establish a contract for each award.  It is our experience that this process can be completed in a 3-month period, especially if the terms of the grant (including Intellectual Property as described above) are reviewed by the grant office prior to submission of the grant proposal.  MPN Research Foundation reserves the right to cancel a grant if it is not possible to complete contract negotiations by October 1, 2019.

The MPN Research Foundation is committed to translating the results of basic and translational research to MPN patients.  To that end, we include in our contracts with the institutions of our awardees Intellectual Property language meant to ensure that no critical results are left without productive follow-up.  Should your proposal be selected for an award, we will provide you with this language and ask you to work with your grant office to achieve a timely agreement on these provisions.

Following award notification, the MPN Research Foundation will interact with each grantee’s institutional grant office to establish a contract for each award.  It is our experience that this process can be completed in a 3-month period, especially if the terms of the grant (including Intellectual Property as described above) are reviewed by the grant office prior to submission of the grant proposal.  Therefore, in 2017 the MPN Research Foundation reserves the right to cancel a grant if it is not possible to complete contract negotiations by October 1, 2017.

Applicants should prepare a grant application following the format described below and email this full proposal to the MPN Research Foundation no later than April 1, 2019.  Please title the PDF or Word file as follows:  Last Name(space)First Name(space)2017.  The proposal should be emailed to the attention of Michelle Woehrle at mwoehrle@mpnrf.org. 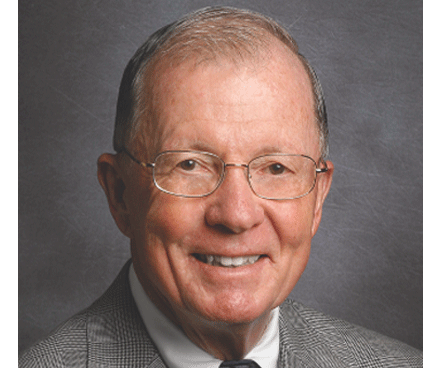