This year’s ASH meeting provided important updates on clinical trials for JAK inhibitors as well as insights into novel alternative therapies. In addition, there were several exciting pre-clinical advances that suggest new targets for therapies for the MPNs.

1. Update on the efficacy of Ruxolitinib:

Ruxolitinib, a dual JAK1/JAK2 inhibitor has been on the market for over a year and has shown efficacy in reducing the constitutional symptoms in patients with myelofibrosis. However, it has been unclear whether Ruxolitinib alters the natural history of the disease, provides a survival advantage, reduces the allele burden, or improves bone marrow fibrosis. An update on the Phase III COMFORT trials provided some exciting news. Most importantly, the survival advantage reported in last year’s ASH meeting has been confirmed in the extra one year follow-up: patients taking Ruxolitinib show a modest, but significant, increase in overall survival. In addition, the Ruxolitinib response has been durable and there is evidence of gradual reductions in allele burden. The drug may extend survival by reducing cachexia, which is associated with weight loss, loss of appetite, fatigue and other symptoms commonly seen in myelofibrosis. Despite the good news, it remains unclear to what extent the drug halts or reverses bone marrow fibrosis. Moreover, the most frequent adverse events reported include anemia or thrombocytopenia. Preliminary Phase Ib data, however, suggest that lower doses of ruxolitinib are effective at reducing spleen length and generally well tolerated in myelofibrosis patients with low platelet counts (between 50,000 and 99,000).

Another update presented data from a Phase II study of Ruxolitinib in PV. This small study demonstrated that Ruxolitinib provided a sustained improvement in patients resistant or intolerant to hydroxyurea. Effects included improvement in constitutional symptoms, modest decreases in the allele burden, and impressive reductions in peripheral blood counts. These results suggest that Ruxolitinib may be a great benefit in PV as well as myelofibrosis.

An extended study of the Phase II trial of CYT387 reported safety and efficacy data, which confirmed last year’s report that the JAK inhibitor provides benefit to patients with myelofibrosis. Specifically, patients displayed a durable response with symptomatic improvement and a reduction in spleen volume. Unlike Ruxolitinib, CYT387 provided a benefit to patients with anemia in this trial: among the 33 patients who were transfusion dependent, nearly 70% achieved a minimum of 12-week period without transfusions and some remained transfusion free for more than 2 years. Overall, there was a 48% anemia response rate. This update provides optimism that CYT387 will confer an important therapeutic benefit in myelofibrosis. Nevertheless, a Phase III trial is required to confirm the anemia response in a much larger cohort of patients.

SAR302503 continues to show promise in clinical studies. Results from a Phase II study confirmed activity in reducing splenomegaly and improving constitutional symptoms. The most common hematologic side effect is anemia. Surprisingly, SAR302503 treatment was associated with a low incidence of thrombocytopenia. This curious finding suggests that the drug will be useful in patients whose platelet counts are low. Data from an ongoing Phase III should be released in 2013.

There were several presentations regarding the use of PI3K inhibitors. These drugs target a signaling pathway that is related, but distinct from JAK/STAT. In one presentation, pre-clinical studies demonstrated that a class of these compounds known as “Pan-PI3K” inhibitors showed the best synergy with Ruxolitinib. Mice treated with one of these compounds, GDC0941, in concert with Ruxolitinib showed drastic reductions in spleen weight and decreased growth of endogenous erythroid colonies (ones that do not rely on cytokines due to activated JAK/STAT signaling). In an impressive related study, the PI3K inhibitor BEZ-235 was shown to strongly cooperate with Ruxolitinib in MPN cell lines, primary patient samples and in animal models of MPNs. Together these results provide strong rationale for opening human trials to test the combination of PI3K pathway and JAK inhibitors.

Histone deacetylases are enzymes that modify the structure of DNA and also control the stability of some cellular proteins. This year, the results of Phase II trials of this class of drugs in PV and ET patients were presented. In one study, the activity of the drug Vorinostat as a single agent in a Phase II trial was detailed. Vorinostat normalized white blood cell and platelet counts in many patients and also showed a significant reduction in allele burden. However, more than 50% of the patients dropped out of the study due to side effects. Nevertheless, the observation that the drug was effective at reducing the tumor burden suggest that combining it with a JAK inhibitor and using it at a lower dose may be beneficial. A second clinical trial of Vorinostat in PV and ET patients also showed reduction in symptoms, but due to the small sample size the results were not significant. Overall, these and other studies suggest that HDAC inhibitors may provide therapeutic benefit when used at lower doses in combination with a JAK inhibitor.

HSP90 is a protein that regulates the stability of proteins. A previous study demonstrated that HSP90 inhibition led to a selective degradation of the mutant form of JAK2 and to reduced disease burden in a mouse model of MPN. A new report presented at this meeting revealed that the HSP90 inhibitor PU-H71 cooperated with a JAK inhibitor to provide pathologic improvement, a reduction in fibrosis and reduced JAK/STAT signaling without increased side effects in animal models. These results provide strong rationale for combination studies of HSP90 and JAK inhibitors.

LOXL2 is a protein that has been implicated in cancer progression and fibrosis including that of the bone marrow. A conversation between the MPN Research Foundation and Gilead Sciences revealed that the company is developing a LOXL2 inhibitor that may be a promising agent. Stay tuned for more information on the potential use of this class of drugs in the MPNs.

This is a drug that acts as an immunomodulator that shows efficacy in multiple myeloma. In addition to papers that described its use in myeloma, there were multiple presentations regarding its use in the MPNs. Previous reports have suggested that pomalidomide improves anemia and reduces the need for red blood cell transfusions in patients with myelofibrosis. This year’s meeting included two reports of trials that combine a low dose of pomalidomide with the corticosteroid prednisone. In both cases, pomalidomide showed modest efficacy with some patients becoming transfusion independent during the study. A Phase III trial is underway.

This is a drug under development by Promedior, a biotechnology company seeking to develop new treatments for fibrosis, such as idiopathic pulmonary fibrosis. In a discussion with the MPN Research Foundation, the company revealed that it plans to open a study of this investigational drug in bone marrow fibrosis. It is believed that the drug works by regulating monocyte-derived cells that contribute to the fibrotic process. Stay tuned for updates on clinical studies of PRM151 in the MPNs.

Telomerase is an enzyme that repairs the ends of chromosomes after cell replication. Studies have revealed that telomerase is hyperactivated in tumor cells. Two studies at the meeting reported on telomerase in the MPNs. In one paper, the company ‘23 and me’ reported the identification of a new polymorphism (a difference in the DNA sequence among different individuals in a population) associated with the MPNs in TERT, the gene that encodes the telomerase reverse transcriptase. Although it is unclear how this variant would contribute to the MPNs, the observation is interesting because of the existence of a telomerase inhibitor under development by Geron Corporation. Imetelstat, a first in class telomerase inhibitor, is under study in a Phase II trial in patients with ET who are refractory or intolerant to prior therapy. In this small trial, Imetelstat showed robust activity against the megakaryocyte lineage, with significant reductions in platelet counts in the majority of patients. A reduction in JAK2 mutant allele burden was also seen in the majority of JAK2 V617F positive cases. Although it remains unclear why the drug appears to selectively affect platelet-producing cells, the Phase II data suggest that the drug may have efficacy in ET.

Dr. Jerry Spivak of Johns Hopkins University discovered that MPL, the receptor for thrombopoietin and regulator of megakaryocyte production, is required for PV in mouse models. This result is surprising in that MPL is generally not associated with red blood cell production. It is likely that the requirement for MPL is at the hematopoietic stem and progenitor level. This observation suggests that reducing the activity of MPL, perhaps by reducing thrombopoietin levels, may have therapeutic benefit in the MPNs

There were multiple presentations that describe the use of next generation sequencing to identify novel mutations in the MPNs. Although these talks did not discuss the identities of new mutations, we should be optimistic that potential new targets for therapy will be revealed in the near future. 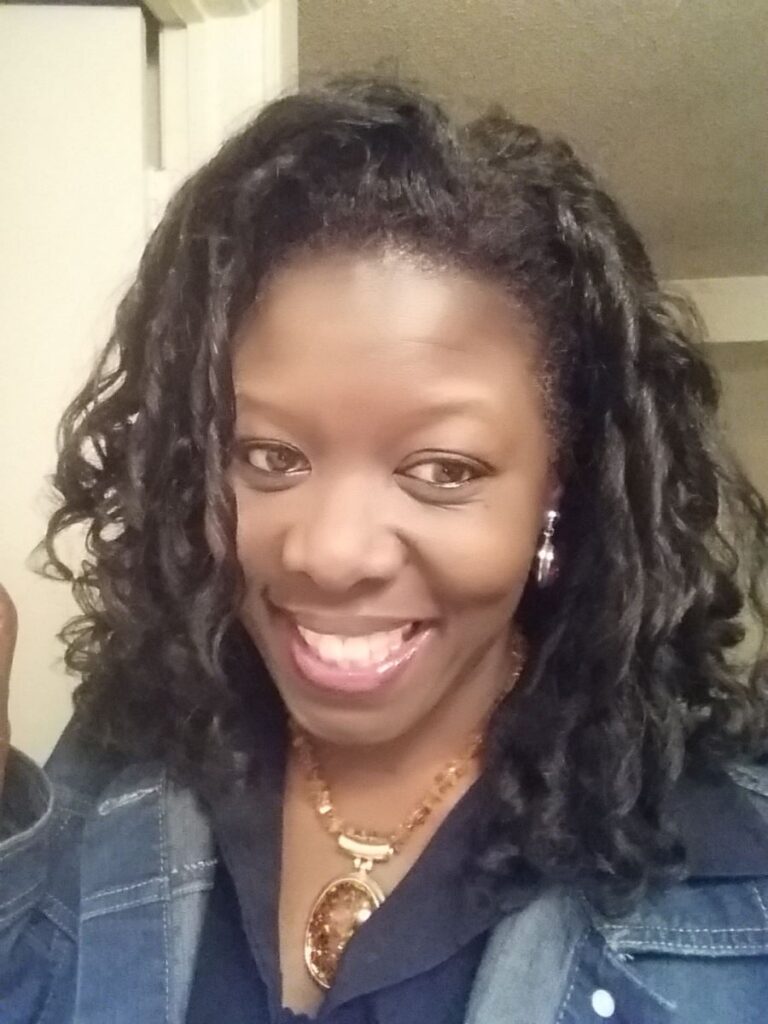