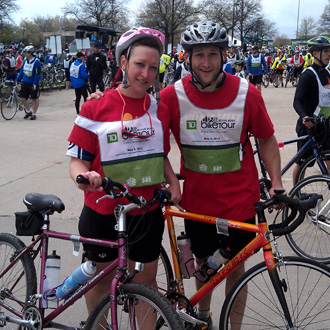 In 2001, Jen lost her Grandma to a Myeloproliferative Neoplasm (MPN). Nearly five years ago, her mom had a blood draw showing her platelet count was over 4 times higher than normal, and she has since been diagnosed with an MPN.

Jen’s grandma only had one option for treatment, which had severe complications. Now, 12 years later, Jen’s mom is being successfully treated. The Bealers feel they owe a great deal to the MPN foundation, and try to give back to every way they can.

Jen and her brother, along with their awesome friends, rode 40 miles for a cure in the Five Boro Bike Tour in New York City on May 5, just in time for Mother’s Day! They raised over $13,000 for MPN research!

Challenge yourself to help find better treatments and a cure for MPN’s by signing up to be an All-Star. Go the distance in the fight against this devastating disease by training for and completing an endurance challenge while raising funds to support the MPN Research Foundation. Contact Bill Crowley at wcrowley@mpnresearchfoundation.org and he will work with you to plan your next event.

As an All-Star, you will have access to fundraising support and, most importantly, you will join a community determined to leave it’s mark in the fight against MPN’s.

Seven Ways to Help If You  Are Not Interested In An Athletic Challenge.

Pledge our next birthday.

It’s simple. Go to http://www.mpnresearchfoundation.org/birthdays. When your birthday is near, we will remind you to start a fundraising campaign. You will ask your friends and family to donate to find a cure for MPN’s in honor of your big day. The money raised will fund cutting-edge research projects.

Ask your guests to donate what they would have spent on a meal and drinks at a restaurant.

Ask your foursome to donate to the MPN Research Foundation. By giving what they would already spend for a day on the links, they’ll enjoy each other’s company – and learn more about how they can become MPN All-Stars.

Set up games like cornhole, badminton or volleyball. Collect donations to play or entry fees for teams.

Charge “admission” or pass around an empty popcorn tub for donations.

Donate half the proceeds – and let your buyers know it!

Split the winning pot with the MPN Research Foundation. Maybe the winner will donate back to the cause! 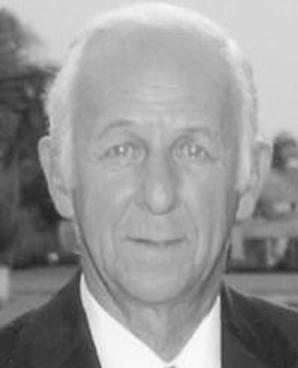