The MPN Research Foundation (MPNRF) and The Leukemia & Lymphoma Society (LLS) are proud to announce The 2014 MPN Challenge, a grant program whose objective is to change the trajectory and ultimate prognosis for patients with myeloproliferative neoplasms (MPNs), including MF, PV and ET. This program represents an important partnership between MPNRF and LLS, who share a mission to advance the scientific understanding of MPNs and bring new treatments and the hope for a cure to patients with these rare diseases. Applications for this program are now closed. Click here to receive alerts on future opportunities.

Myeloproliferative neoplasms (MPNs) are a closely related group of hematological malignancies in which the bone marrow cells that produce the body’s blood cells develop and function abnormally. The three main myeloproliferative neoplasms are Polycythemia Vera (PV), Essential Thrombocythemia (ET) and Primary Myelofibrosis (MF or PMF). The MPNs are progressive blood cancers that can strike anyone at any age, and for which there is no known cure. In some patients MPN terminates in conversion to acute leukemia (particularly AML).

In recent years, the MPN community was encouraged by the discovery of the JAK2 V617 mutation found in almost all PV patients, and about 50% of ET and MF patients. This first discovery of a genetic mutation that relates to the MPNs ignited a quantum leap in the level of discourse and inquiry into the genetic causes of these diseases. Many resources were directed towards inhibiting the constitutive activity of this mutant JAK2, with the expectation that a successful drug would provide an important new treatment option.

As a consequence of this research, a number of JAK2 inhibitors are currently in clinical trial(s) and are beginning to receive FDA approval. To date these drugs have demonstrated significant benefits in reducing many constitutional issues (such as enlarged spleen), and with longitudinal studies now underway, may in the future demonstrate a positive impact on disease survival. Additional genetic mutations have been found in some MPN patients (including the exciting discovery of the CALR mutation late in 2013), and are contributing further to our understanding of the genetic complexity of the MPNs.

As patient advocacy organizations, MPNRF and LLS receive many calls and emails from MPN patients, and over many years we recognize common threads. Patients with ET, PV or MF have concerns about symptoms, treatment options, and quality of life, but their most pressing concern is prognosis – will my disease progress, will I get MF, will I convert to AML? Our most harrowing calls are with MF patients, who face the bleakest prognosis and the greatest fears.

The emergence of new treatments for MF patients is encouraging, but until there is proof that these emerging treatments actually change the course of these diseases, these fears will remain. We at MPNRF and LLS seek to change this future, and we believe a focus on new approaches towards MPN research can change the trajectory of these diseases. We seek the help of independent researchers who can join us in an attempt to achieve that goal.

History of MF/MPN Challenge to Date

In 2011 the MPN Research Foundation and the Leukemia & Lymphoma Society initiated the MF Challenge, a grant program focused on the cause and potential elimination of bone marrow fibrosis in MF patients. We began this program because in spite of the current level of activity in MPN research, there were important questions that remained unanswered, and the most urgent were those associated with MF, the most virulent of the MPNs.

In 2012 and 2013 the MF Challenge awarded 8 Concept Grants aimed at bringing new ideas, approaches, and investigators to the subject of bone marrow fibrosis. To date, the results are encouraging, and we will continue to seek new approaches in this area until outstanding questions are resolved. However, with increasing numbers of researchers focusing on fibrosis and potential combination therapy, we recognize the need to expand the MF Challenge to other unanswered questions in MPN research. Therefore, in 2014 we are renaming our program The 2014 MPN Challenge, and while we continue to solicit proposals on fibrosis, we are also looking for applications in other critical areas related to all of the MPNs.

The goal of the 2014 MPN Challenge is to continue to search for the factor(s) that induce(s) fibrosis in bone marrow, and in addition to identify new avenues of research which will strengthen the overall understanding of the cause(s) and potential treatments for all of the MPNs (ET, PV and MF). We also encourage investigators in other fields whose research may have cross-over appeal to the MNP research community.

Why this Approach is Appropriate Now

Based on the response to MF Challenge RFPs in 2012 and 2013, MPNRF and LLS are encouraged to believe that ‘paradigm-shifting’ strategies can be identified in many areas of cancer and basic biology research which can be brought to bear in the search for MPN treatments. These new strategies, in combination with currently emerging treatments, could truly change the course of these diseases.

MPNRF and LLS believe that the best way to encourage innovative research on MPNs is to encourage new ideas and potentially new researchers. We therefore propose to solicit proposals designed to allow initial exploration of untested but potentially transformative research ideas and approaches. In order to receive such a grant, applicants must describe an innovative idea or approach and a method for testing that idea/approach.

Depending on the response to this RFP (i.e., if multiple proposals of sufficient potential to merit an award are received), we anticipate funding up to 10 awards in calendar year 2014.

Grants of $100,000 will be made for an initial one-year term. Near the completion of the one-year period, applicants will be evaluated by our peer review process on the extent to which their proposal has been substantiated by initial testing. Projects which pass this review may be eligible for second-year funding up to an additional $100,000.

In November 2013, the MPN Research Foundation convened a group of scientists from both academia and industry to discuss the unmet needs in MF and MPN research, as a guide for future grant programs. This diverse group of current MPN Challenge grantees, academic scientists and representatives of companies currently involved in MPN treatment development held a lively interchange which resulted in the following list of focus areas for the 2014 MPN Challenge:

1. Fibrosis and the Bone Marrow Niche. New or continued effort to discover the factor(s) that induce(s) fibrosis of the bone marrow, and to identify opportunities to arrest and reverse this fibrosis. Of particular interest are the interactions between the MPN stem cell and the bone marrow/microenvironment niche which contributes to fibrosis, extramedullary hematopoiesis, or MPN cell survival. Areas of interest/relevance include but are not limited to the following:

2. CALR Mutation. The recent discovery of the Calreticulin gene (CALR) exon 9 mutations in the majority of JAK2-negative patients with chronic MPNs opens new avenues for translational research. In addition to its potential for new druggable targets, basic understanding of the mechanisms and consequences of CALR mutations in MPNs will be needed to develop novel rational therapeutic agents for these disorders. As an ER chaperone, mutant calreticulin might play critical roles in survival and proliferation of MPN stem cells, creating an abnormal microenvironment, aberrant angiogenesis, or abnormal ER stress response in activation of the unfolded protein response that is normally needed for stress-induced autophagy. Studies along these lines may elucidate basic mechanisms of MPNs and their complications, providing new treatment strategies.

3. Reducing MPN Allele Burden. In a subset of MPN patients, interferon has shown the ability to reduce the mutant allele burden, be it JAK2 V617F or other disease alleles which mark the disease clone. Recent studies have suggested that other agents might have anti-clonal effects in a subset of patients, which have the potential to indicate disease modifying activity. We solicit proposals that can identify the mechanism(s) of action of agents with possible anti-clonal activity, including interferon, telomerase inhibitors, or other agents which have shown preliminary evidence of molecular response in the clinical setting.

5. Immunotherapy. Basic research to investigate the potential for control of marrow fibrosis and suppression of aberrant MF clones by immunotherapy or immune manipulation. It is well understood that immunotherapeutic approaches have clinical therapeutic value it at least a subset of MPNs. CML and other MPNs, for example, can be effectively treated with interferon, and in some cases of CML, cures are possible using adoptive T-cell transplantation. We solicit proposals for immunotherapeutic approaches to the broader spectrum of MPNs that could include, but is not limited to:

• assessment of the potential role of chimeric antigen receptor therapy
• therapy targeted to inflammatory cytokines and/or cytokine receptors and their downstream effectors
• exploration of the role of immune checkpoint regulators in MPNs, e.g., CTLA-4, PD-1, PD-L
• an understanding of how to combine any of these with evolving standard of care therapies for MPN and in particular, since newly approved agents such as pan-JAK inhibitors have potential to impair immune cell activation and function, how or should they be used with immunomodulatory agents is an important question

Proposals submitted may focus on preclinical or clinical approaches to immunotherapy but proposals that have clear translational potential will be prioritized.

• Relevance to Primary Objective. (see description of Focus Areas above)

• Innovation. We favor proposals designed to allow initial exploration of new ideas with the potential to open new avenues of investigation. MPN Challenge grants are generally NOT intended to support the logical progression of an already established research project, though research that, if successful, ultimately leads to breakthroughs in the diagnosis or treatment of patients with MPNs will be reviewed favorably. Preliminary data are not required to support your scientific rationale.

• Research Strategy and Feasibility. Does the scientific rationale logically support the project and its feasibility? Are the aims, experimental design, methods, and analyses well developed and integrated into the project? Does the PI acknowledge potential problems and pitfalls? Is it a reasonable expectation that the studies will yield meaningful results in a one-year period of time?

• Collaboration. Proposals that engage interdisciplinary teams and approaches may receive favorable attention, as will proposals made by collaborative teams, either within or across research institutions. Proposal reviewers will also be directed to identify opportunities to repurpose existing resources (e.g., mouse models, other tools) rather than re-invent them; proposals that have already identified such collaborative possibilities will be reviewed favorably.

• Commitment to Information Sharing: MPNRF and LLS believe that sharing data is critical for advancing the science as rapidly as possible. While understanding the confidential nature of the research process, it is our expectation that all data will be made public within a year of being generated. We encourage scientific papers, presentations at ASH or comparable venues, smaller meetings, and website publication.

The MPN Research Foundation and The Leukemia & Lymphoma Society are committed to moving the results of basic and translational research to MPN patients. To that end, we include in our contracts with the institutions of our awardees Intellectual Property language meant to ensure that no critical results are left without productive follow-up. We ask that you review this language (available here) with your grant/contract office and forward any questions to Allison Formal (Allison.formal@lls.org). This will greatly facilitate the contracting process following the award and help ensure grant payments begin as quickly as possible. 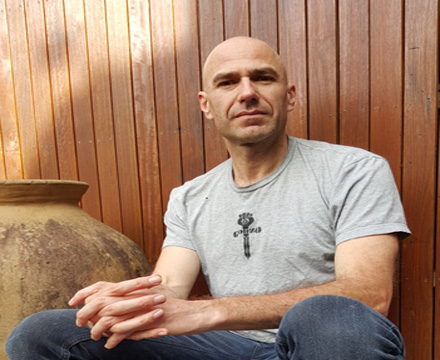